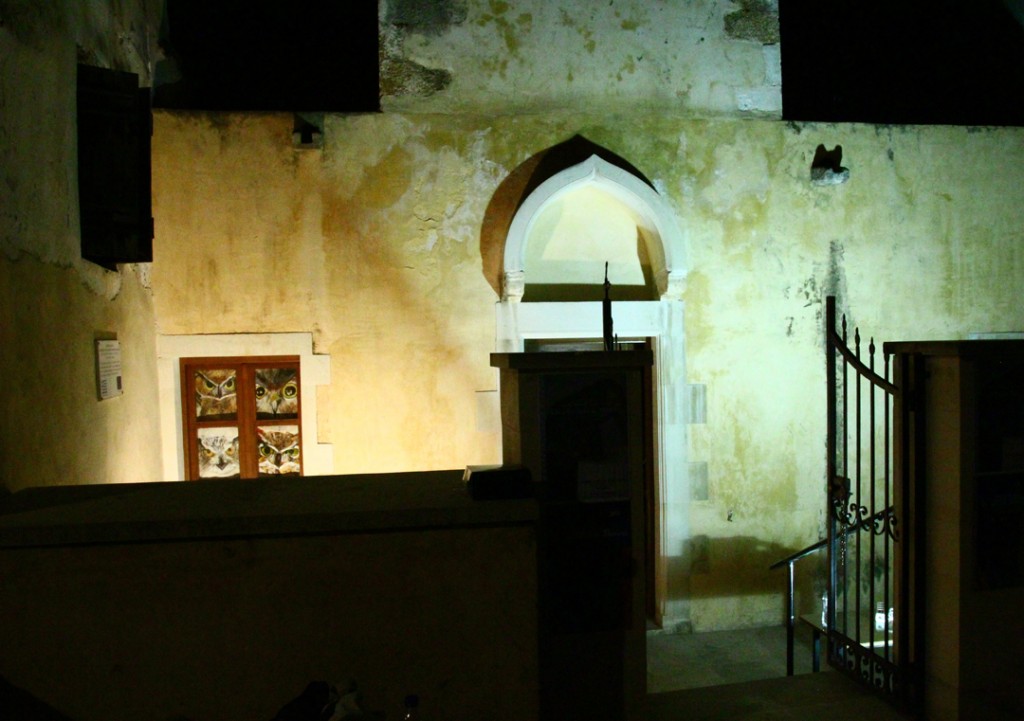 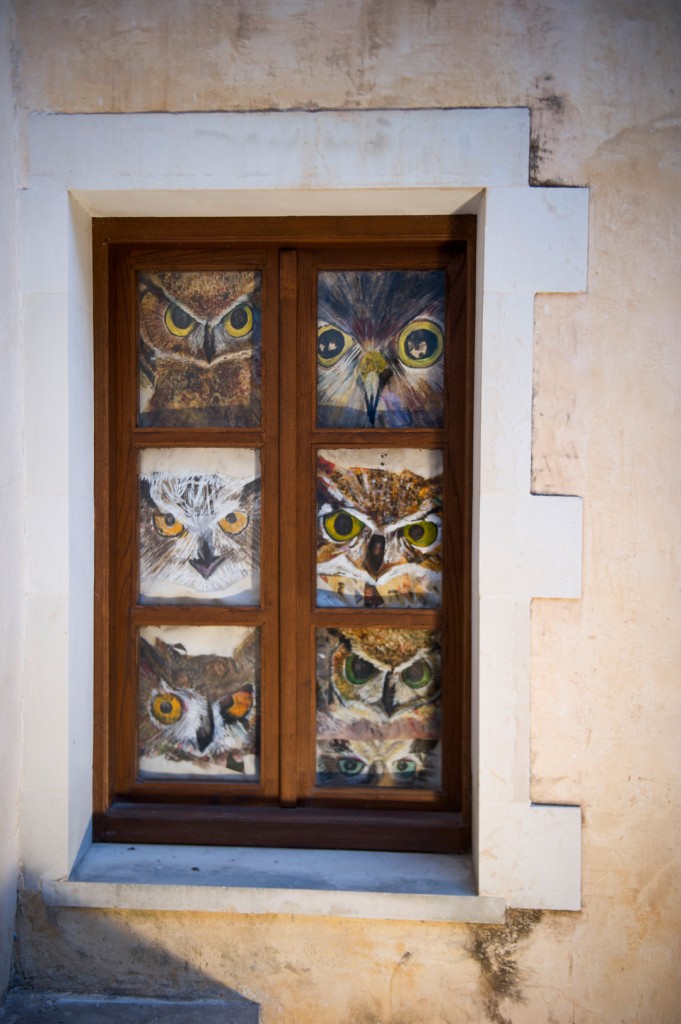 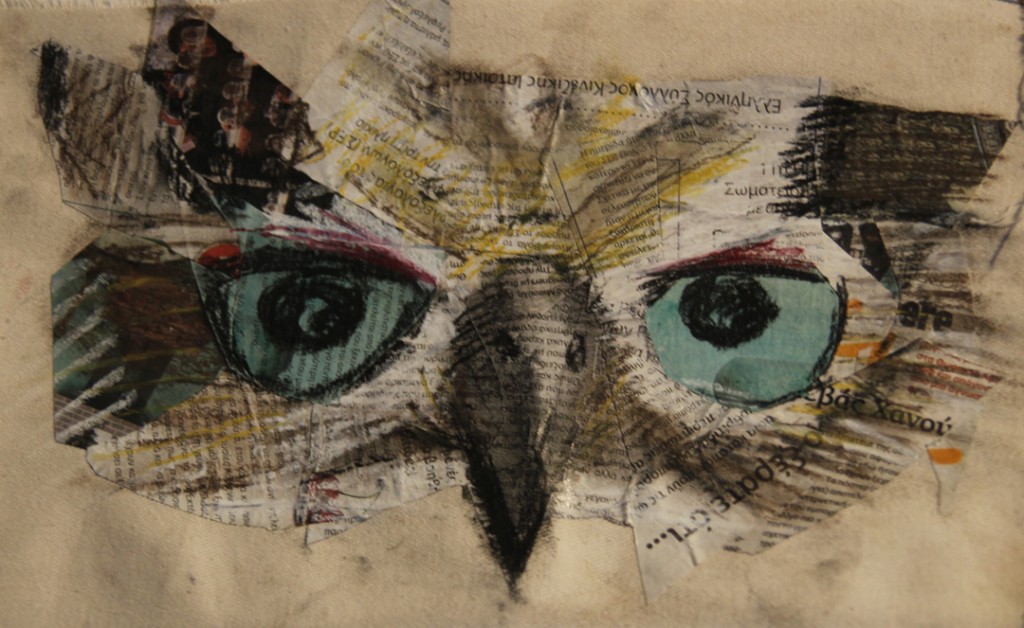 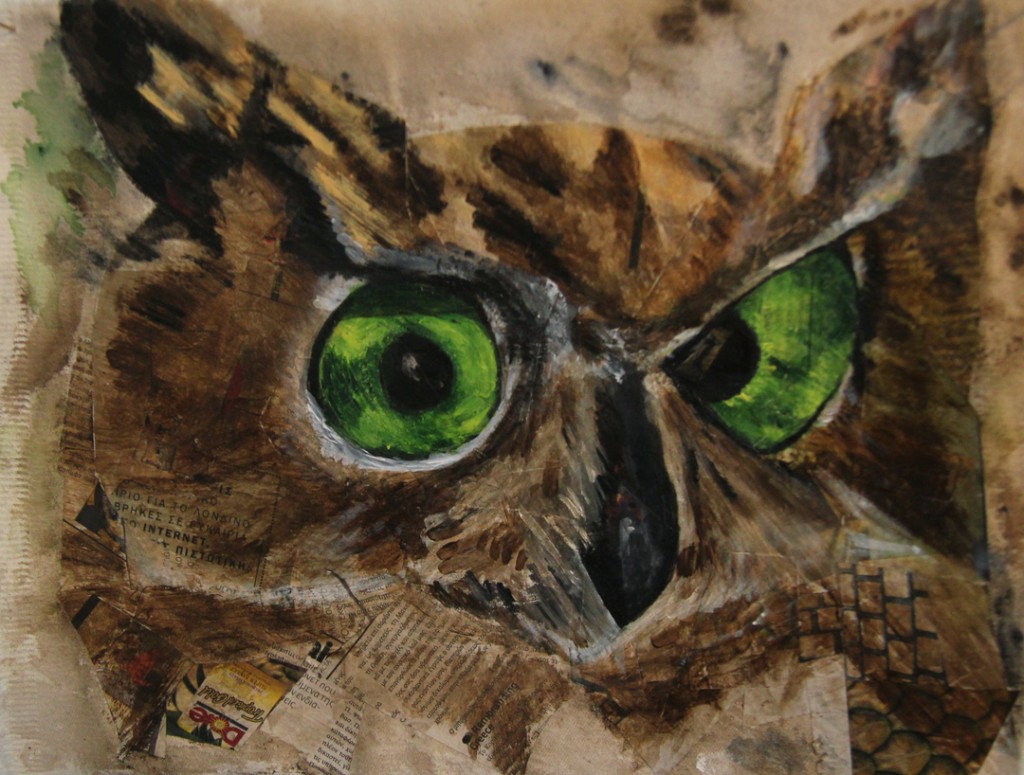 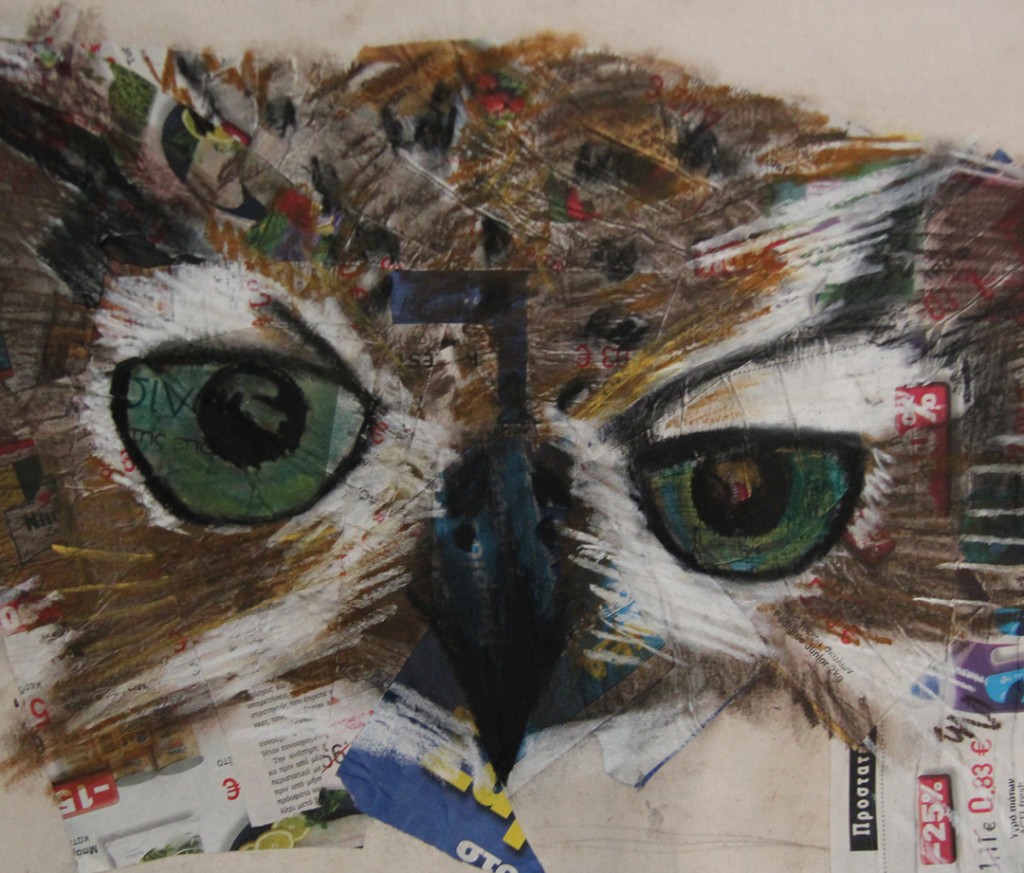 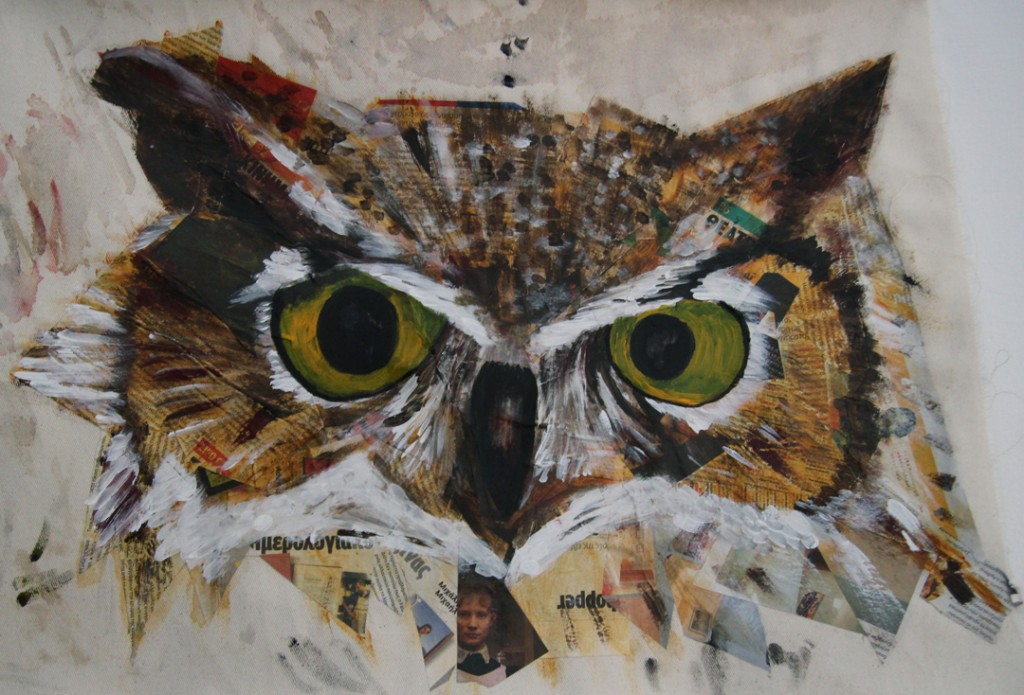 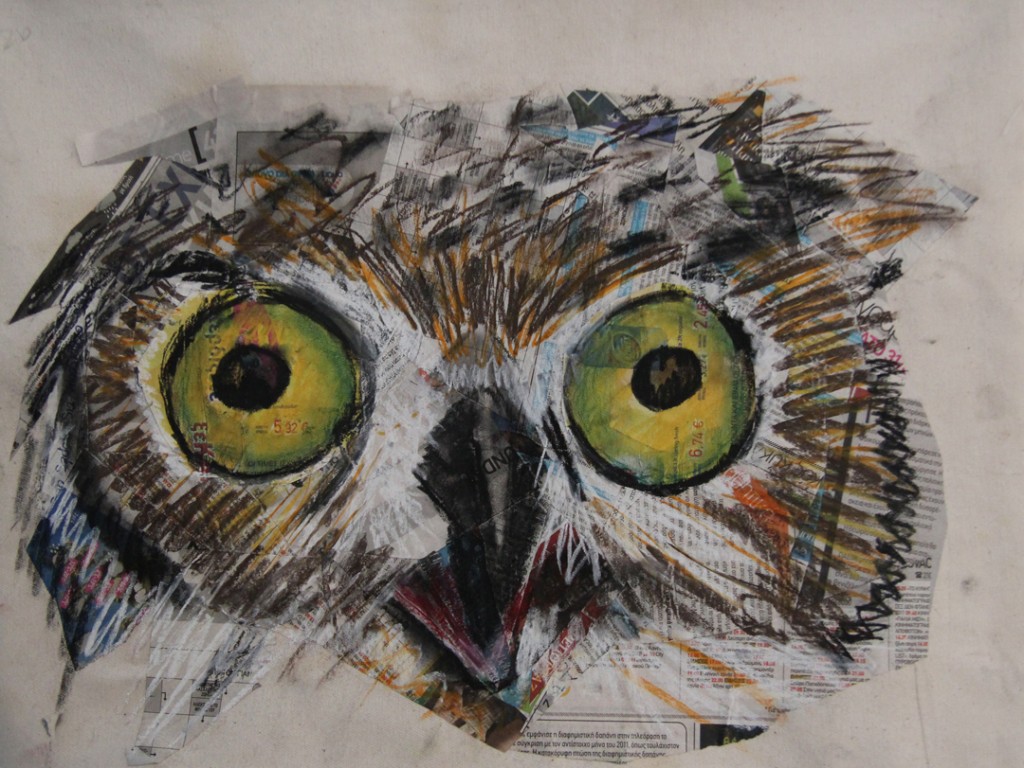 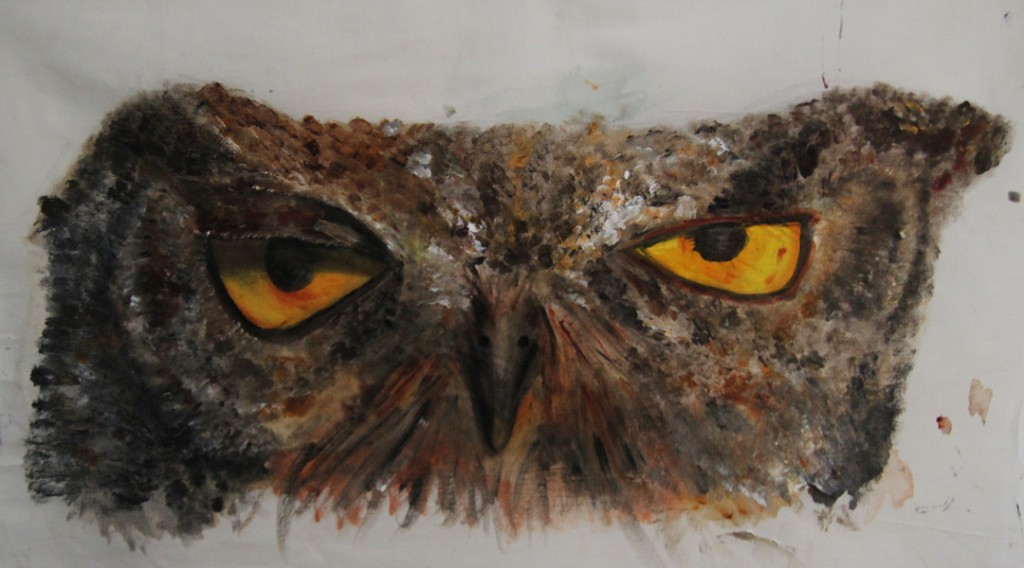 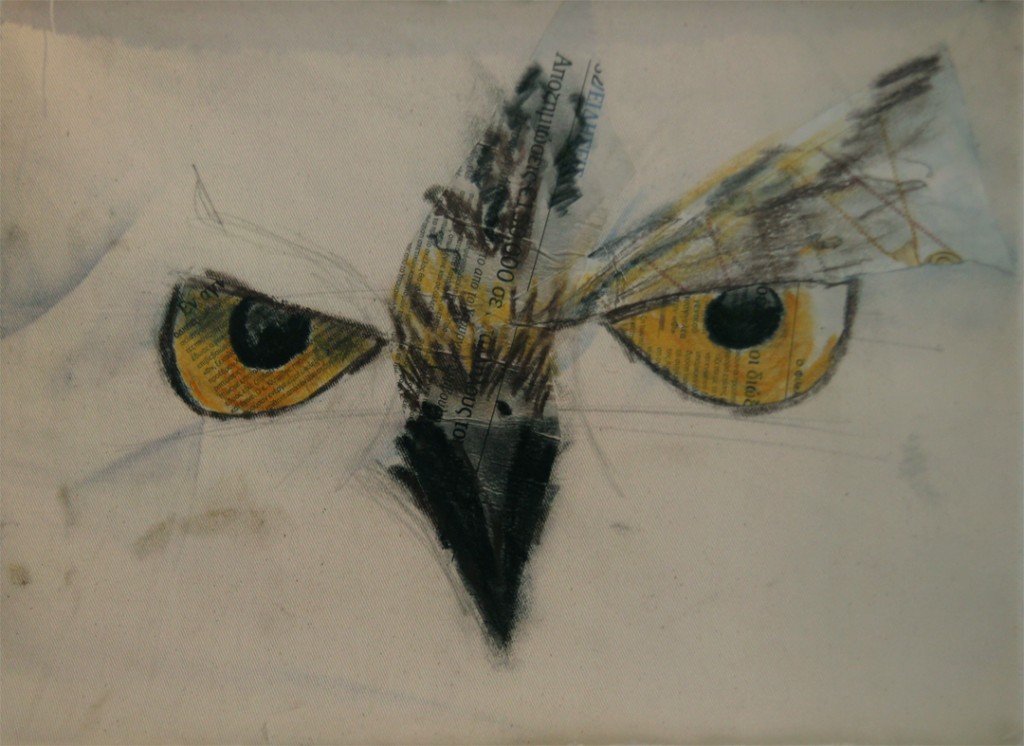 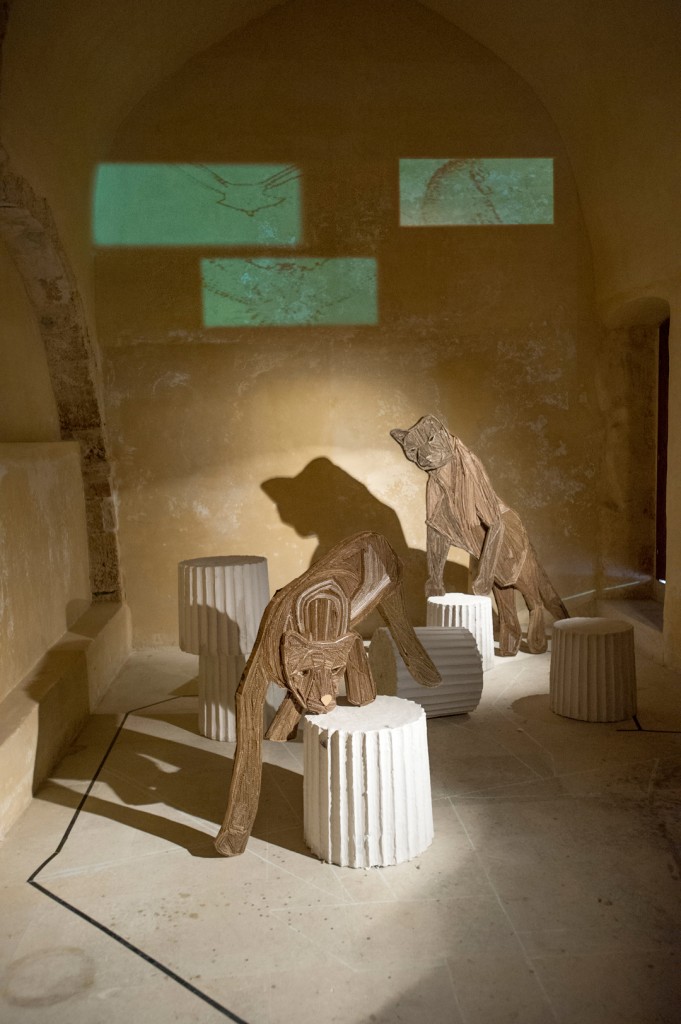 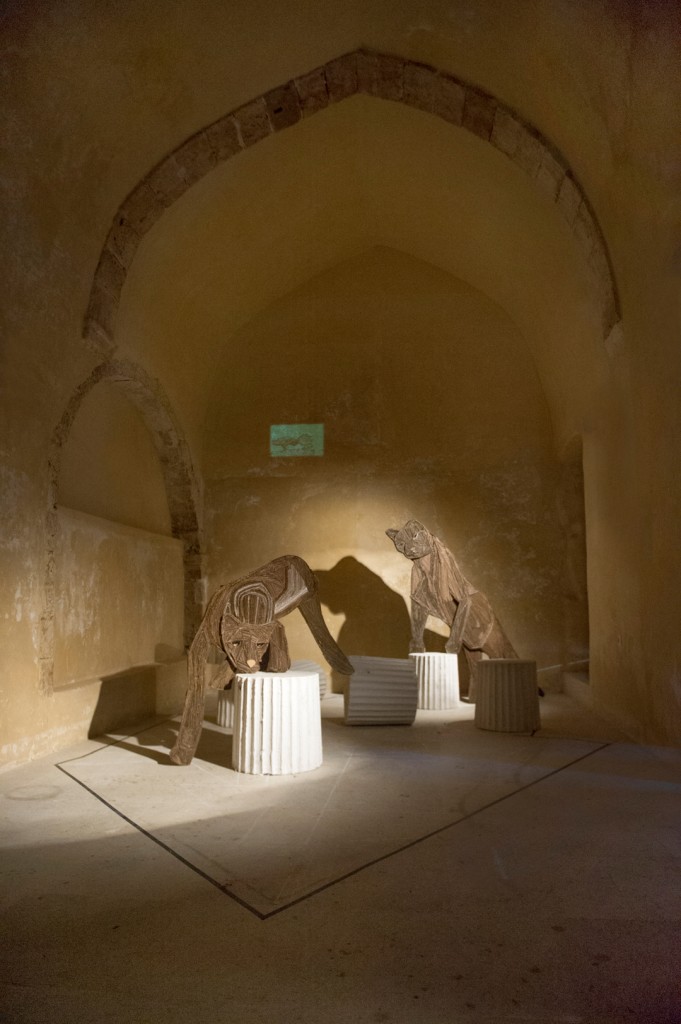 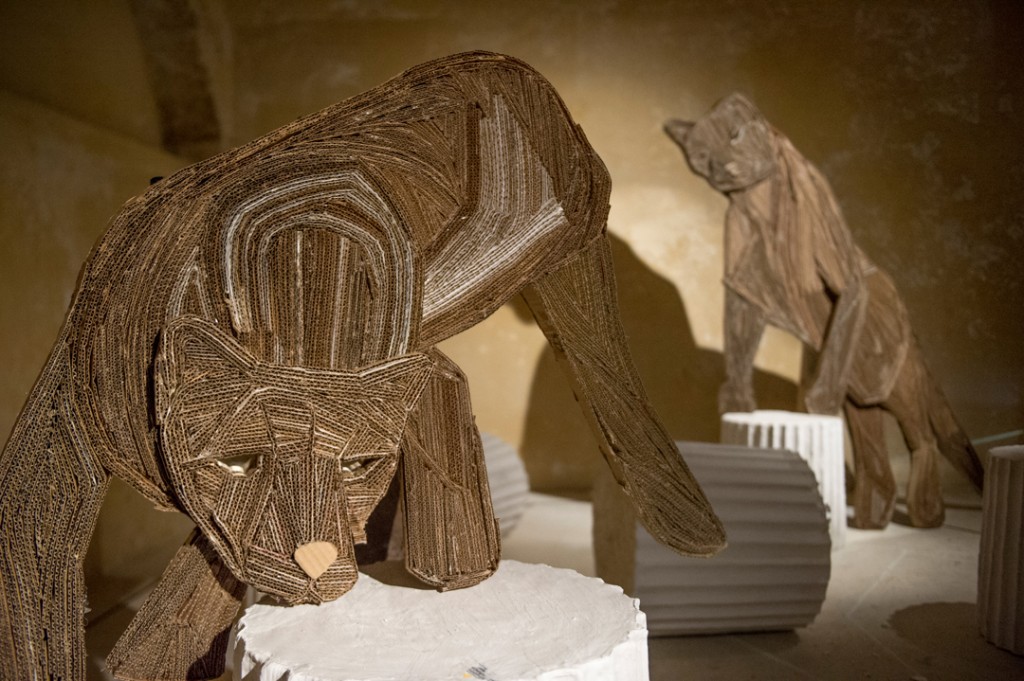 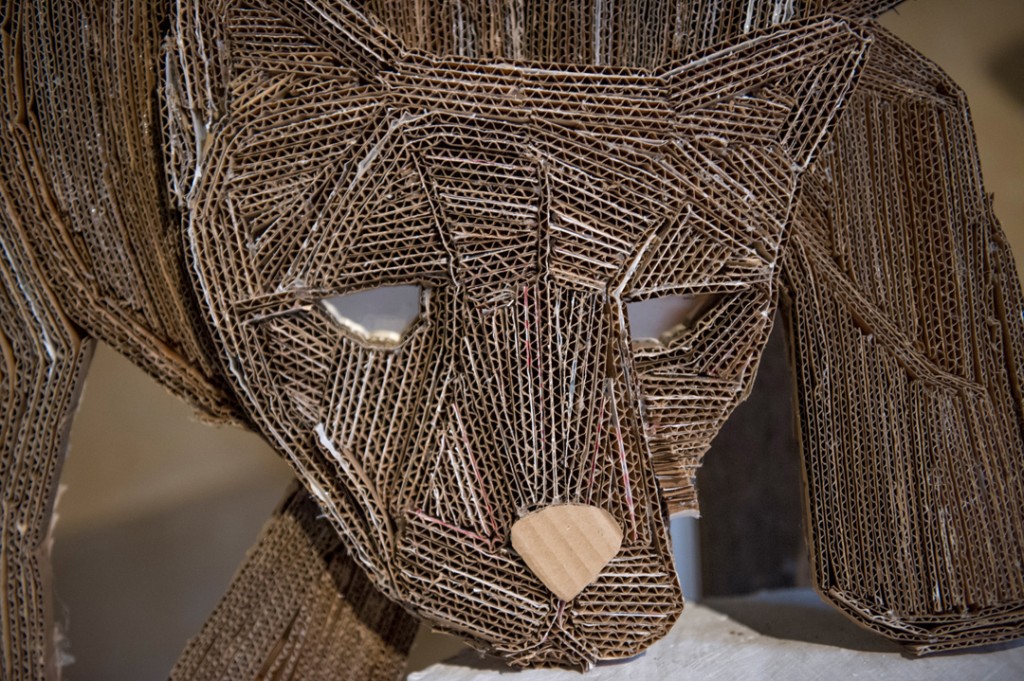 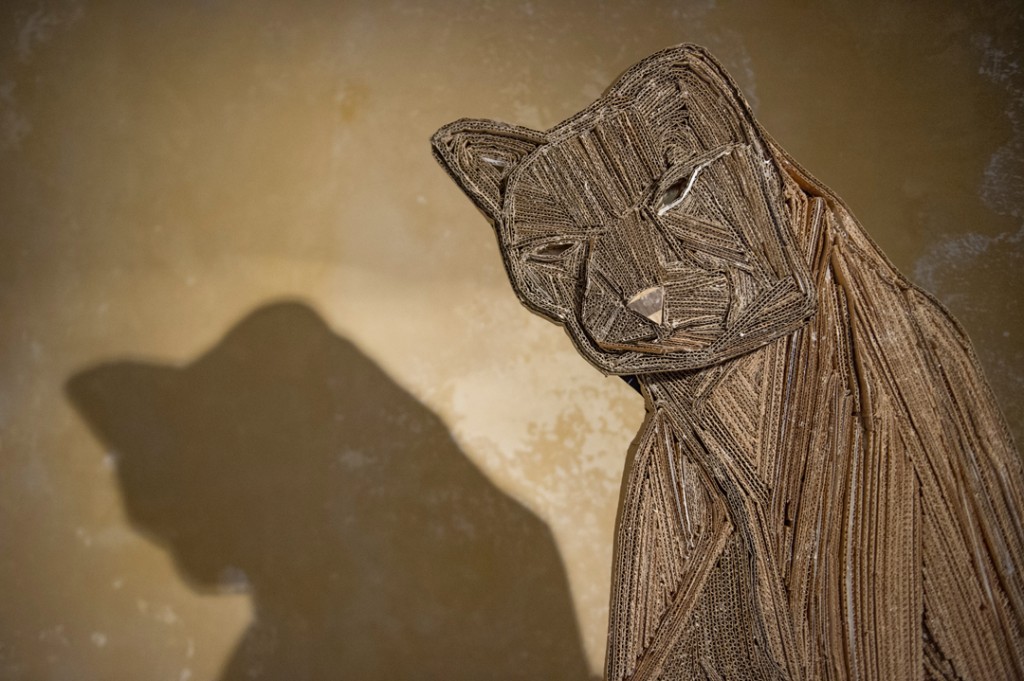 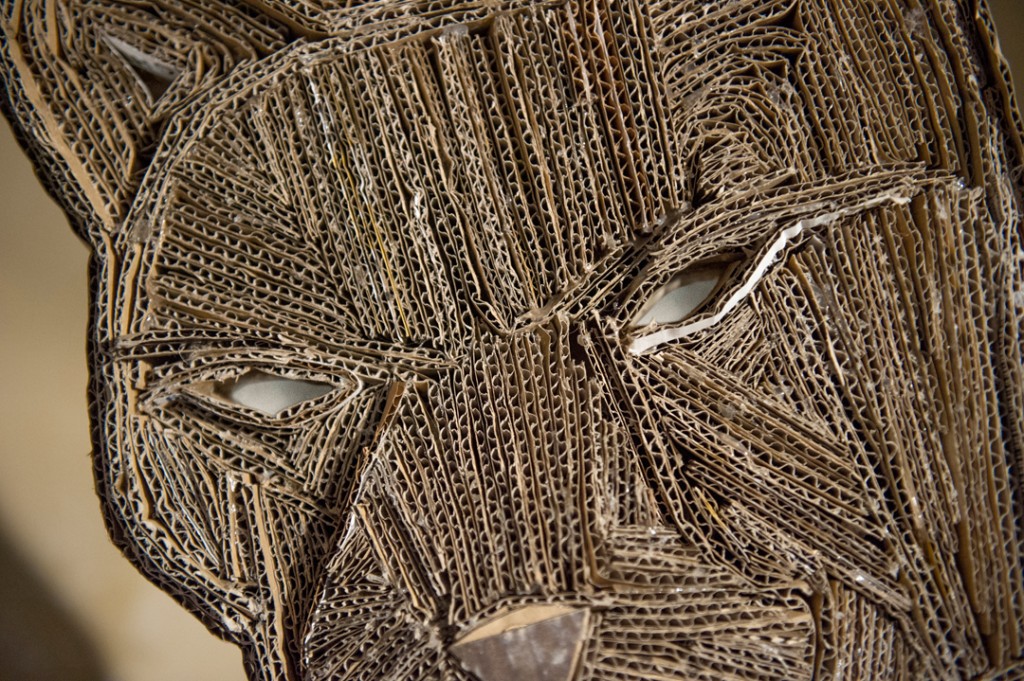 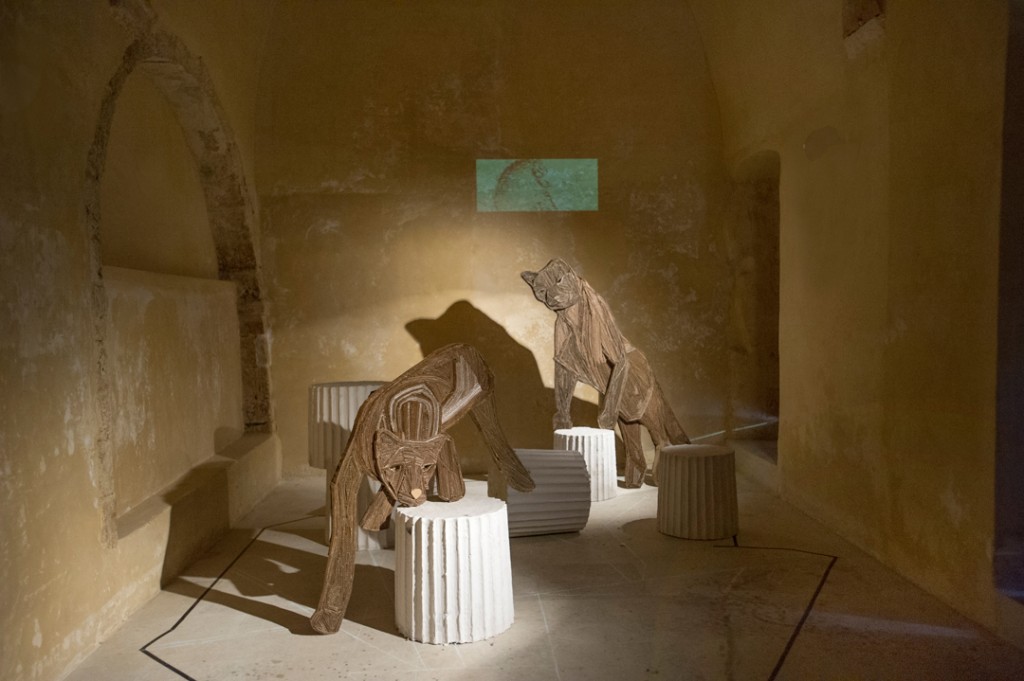 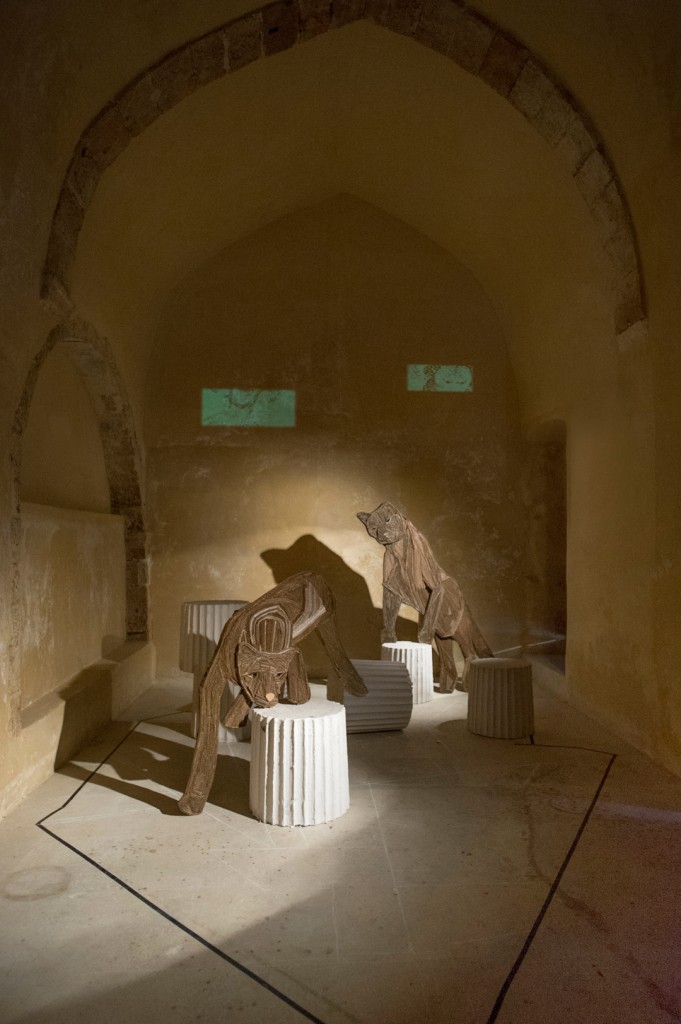 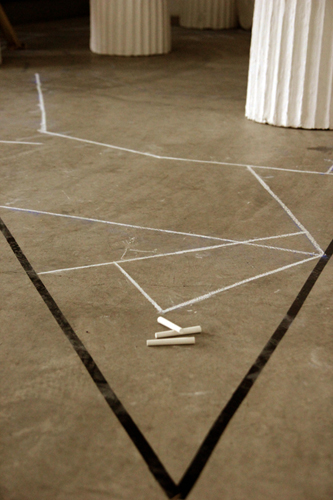 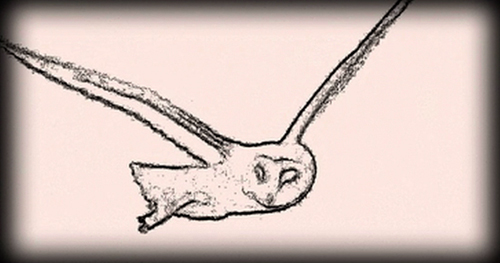 Paintings of owls are hanging on the walls. Their forms observe the viewer and at the same time serve as protectors and foreshadowers for the rest of the installation. Videos of flying owls with sound are projected among the paintings. The second part of the installation is a fallen temple. A city plan is designed on the floor. Two animals stand on the ruins of the temple playing both the role of destroyer and the guardian of the temple. The owls, symbols and protectors of Athens, are looking helplessly but not uninvolved at the destruction of a nation/ civilization. In a mist of a crisis that is not only economical but more so social and cultural, we are left wondering what reinforcements are needed to support this temple.

The work has been influenced and created during the years that the “economic” crisis unfolded in Greece.
I have been very surprised to see that the crisis is presented as an economic crisis rather than a cultural, social and spiritual crisis.
This work addresses and questions this.