Cowgirls Never Get The Blues 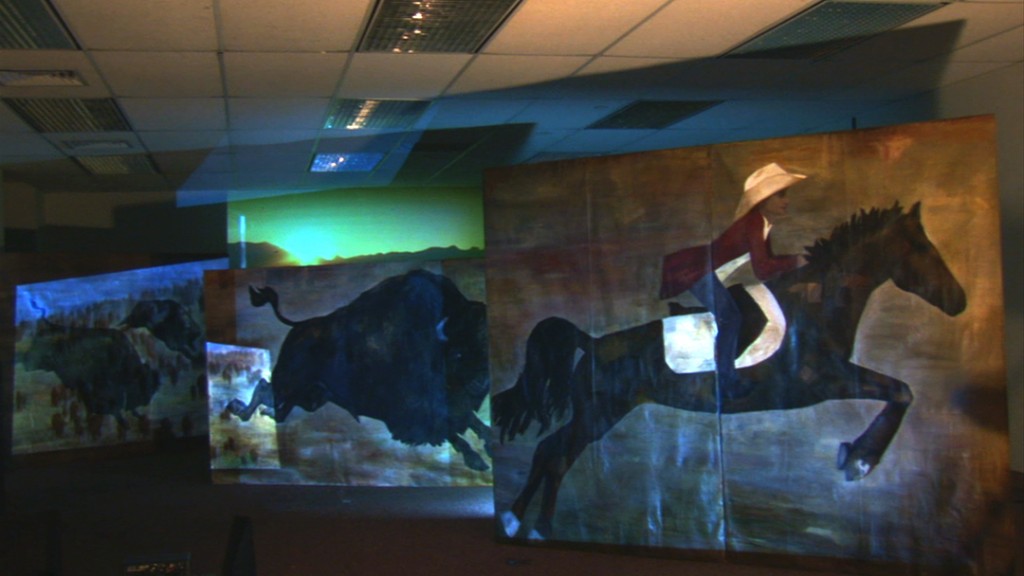 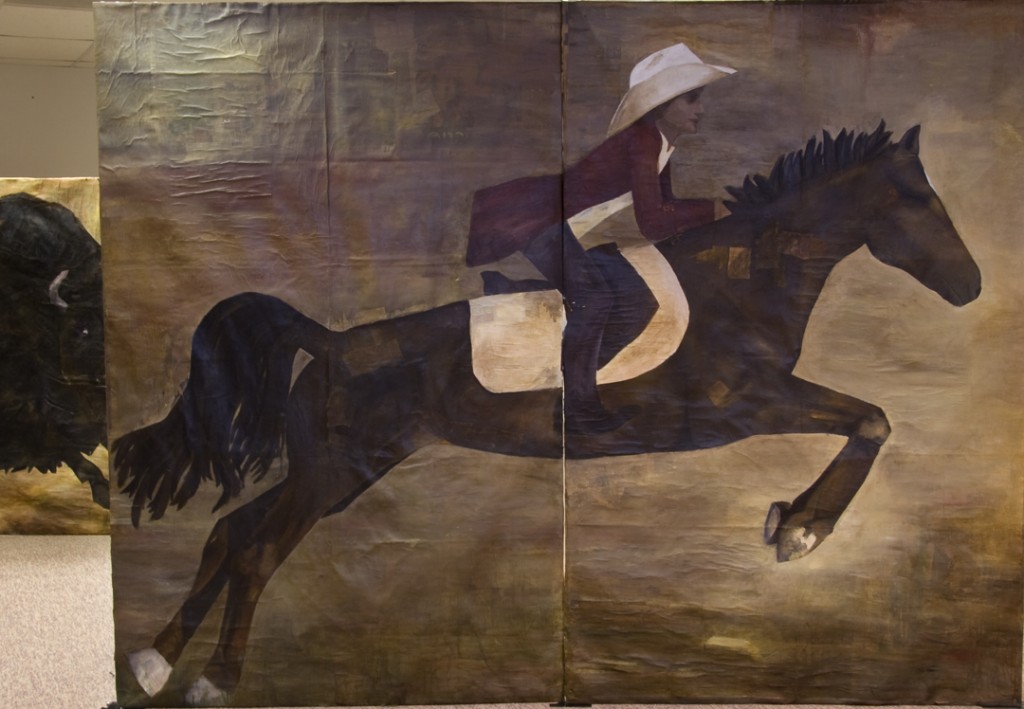 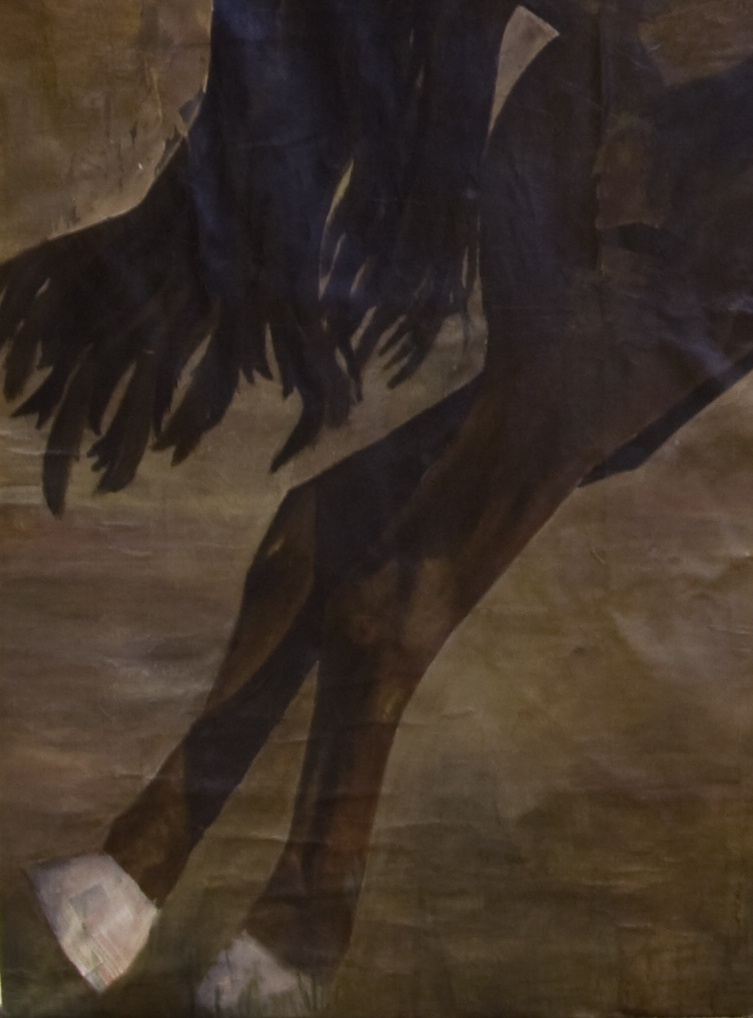 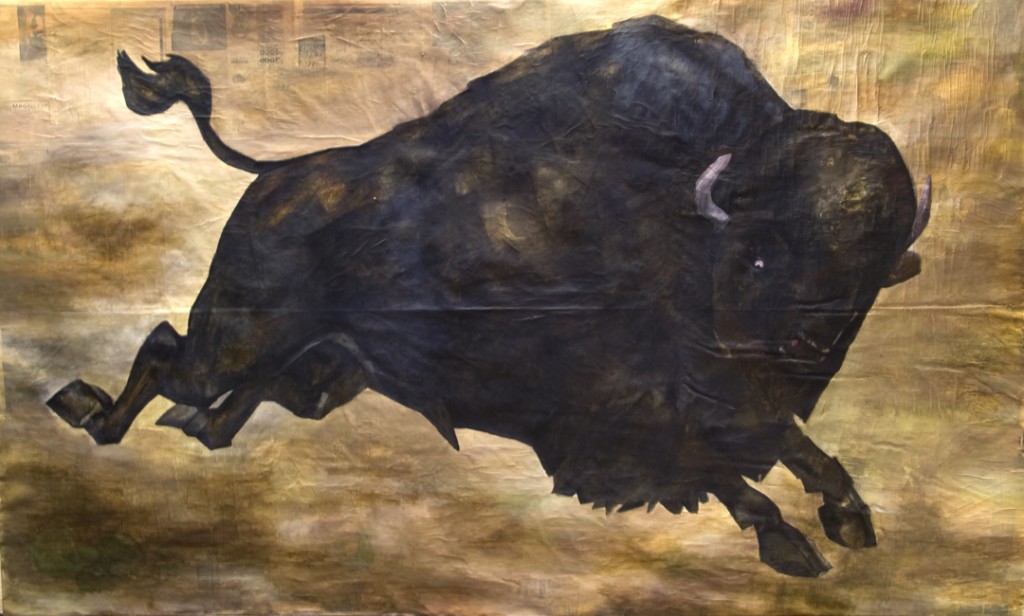 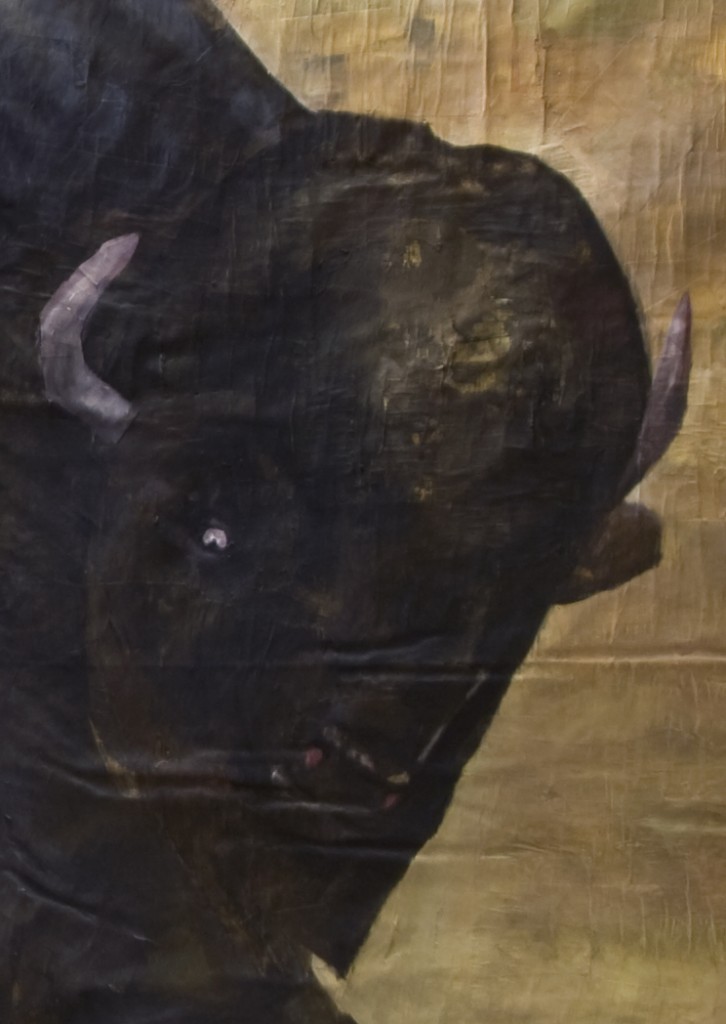 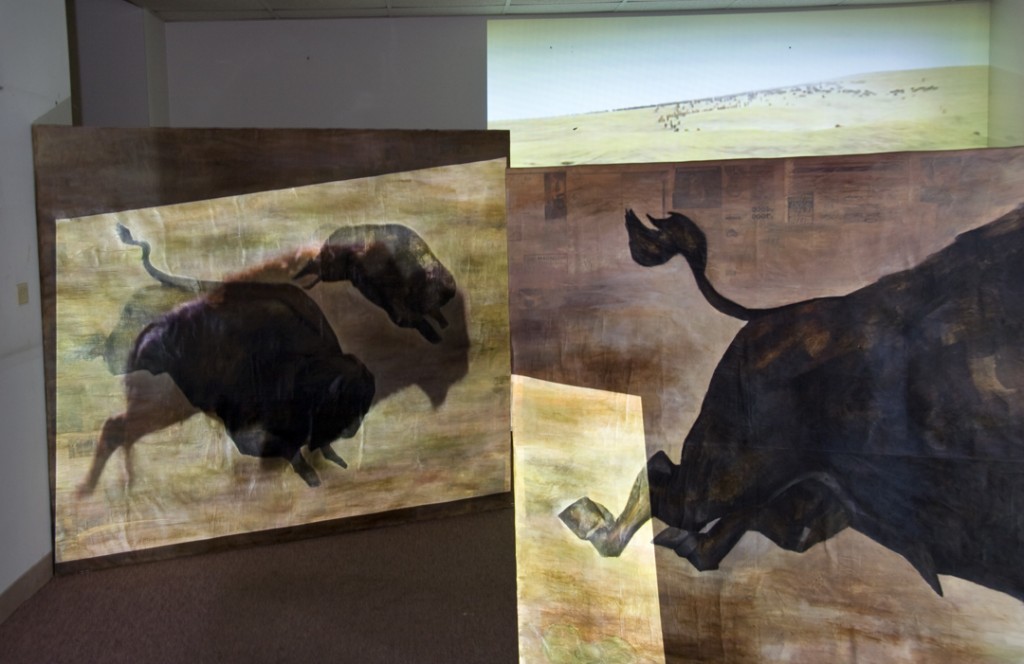 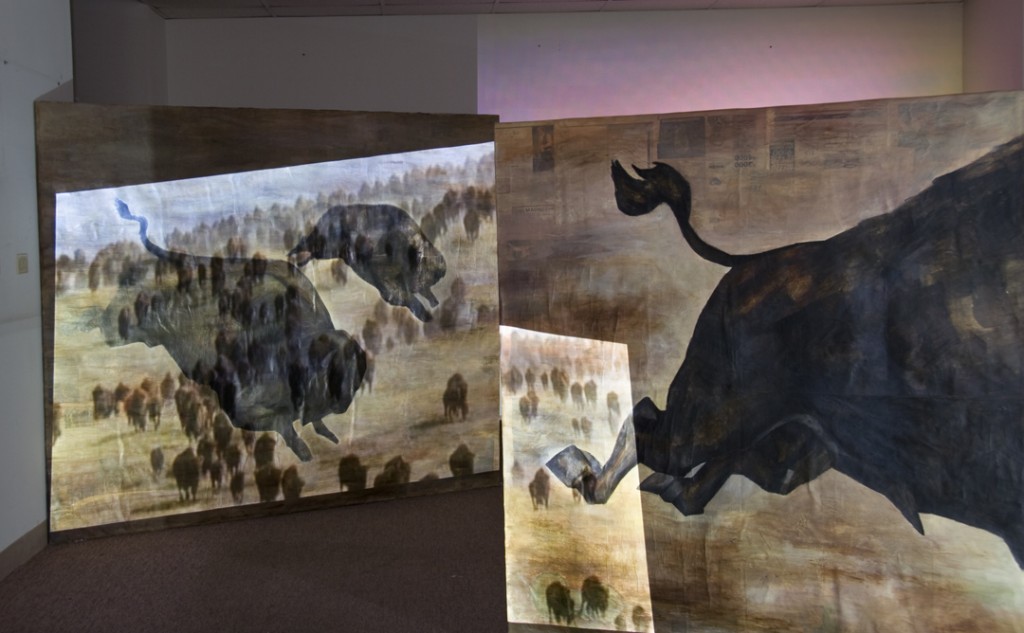 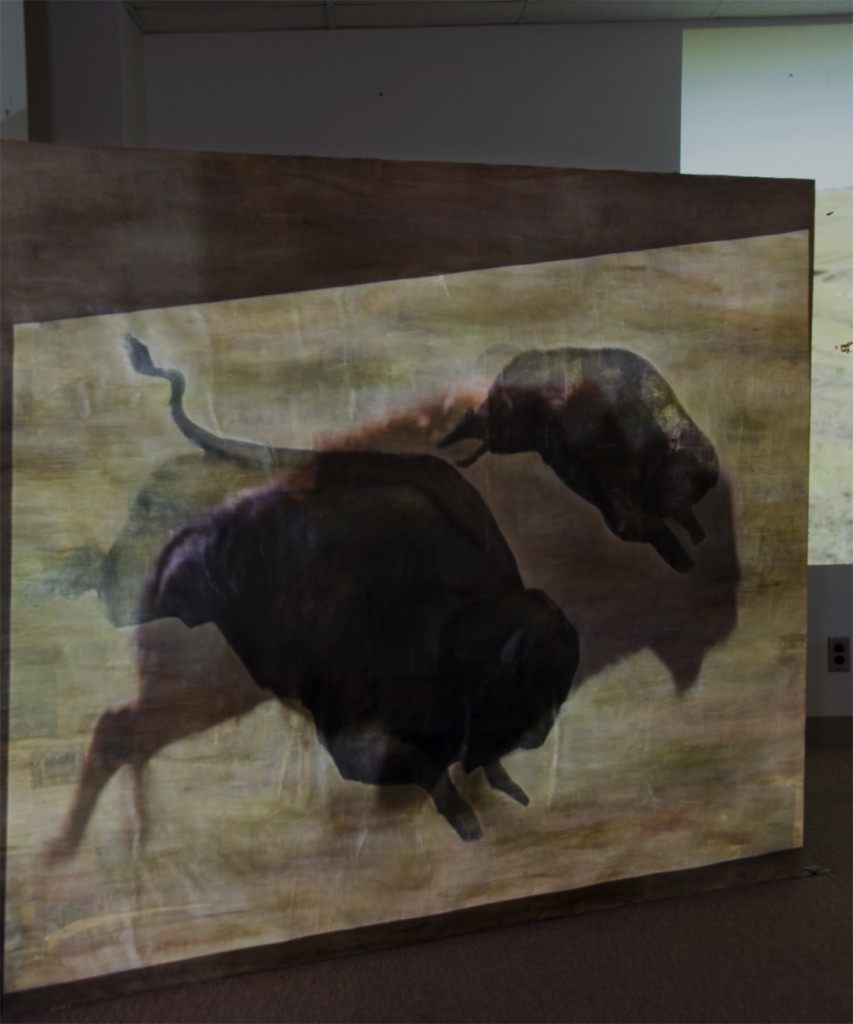 Cowgirls Never Get the Blues is an installation of paintings and video that explores identity, displacement and colonialism. Whether displacement is due to immigration, sexuality or gender this work humorously feeds from them all. The work takes place in the Wild West, a place in time that signifies the expansion of the Anglo-Saxon culture over the Native American people and their land. Visually, its culture is associated strongly with stereotypical images of Western landscapes and cowboy films.

The paintings resemble a movie set depicting a hunting scene. In this hunting scene, the roles are inverted and a herd of buffalos is hunting a cowgirl/boy. My painting style borrows folklore painting vocabulary and at the same time, by using layers of newspaper, my canvas imitates animal skin. In the same way Native Americans used animal skin to depict hunting stories, I make my own skin, inverting not only mediums but also possible outlooks on history. Movie scenes of the painted scene are projected on top of the paintings, thinking over the relationship between video and painting and treating painting as a still frame from a movie.

A second video, Cowgirls Never Get the Blues ia also part of this work. The video is based on the American folk song Oh Susanna. While the lyrics are replaced with the Greek rendition, the melody is the same. Often introduced as a sing-a-long for kids, this song conjures up images from our childhood as well as plays upon the adult desires of its theme – arriving to a new place, making it your own, and desiring the love of Susanna. The melody can be recognized, but the visuals do not align with its original context, so the viewer has to be confronted with an awkward feeling that something is a little bit off.